Equality for women is not found in holding the power of life or death over our children.
Freedom and opportunity for women should never depend on access to abortion.
Compassion is enabling every woman in every pregnancy to choose life, regardless of individual circumstances.
Progress is working for structural and systemic change to ensure that women are empowered in their fertility, pregnancy or motherhood, not instead of.
Solidarity with women means more than offering to “Trust” them to choose abortion.

Although across the world the struggle for equality and women’s rights continues, many women have more freedom and opportunities than ever before. One strand of feminism claims that advancement for women depends upon their having the “choice” of abortion and that access to abortion has enabled women to live their lives.

Abortion has sadly become a symbol of freedom, autonomy and equality for women and those who oppose it are portrayed as oppressive, regressive and anti-women. Across the UK, there is a shared campaign led by high profile groups which aims to de-stigmatise, de-criminalise and ultimately normalise abortion – all in the name of women’s rights and equal participation in society.

The Trust Women campaign paints the decriminalisation of abortion as the last battle in a long series of hard-won legal rights for women, like the vote and equal pay. Now women holding the power of life or death over their children is framed as a victory for equality. Now the extension of women’s rights is being indissolubly linked with the erosion of the right to life of unborn children.

The use of deliberately de-humanising language in this debate is deeply problematic. Words like mother and baby are only used when the baby is wanted, otherwise the baby remains a foetus/embryo. The denial of the biological and emotional relationship between mother and child dehumanises women. The reduction of a human being to a biological stage of development makes it easier to ignore the humanity of that child and all it could become. Denying the humanity of the unborn person enables the taking of life. We want to recognise the intrinsic human value of every unborn child. The unborn is not a potential person it is a person with potential. Rather than denying scientific fact we should be honest and admit that abortion ends a human life. The heart starts beating at around 21 days after conception, so even with the earliest abortion it literally stops a beating heart. 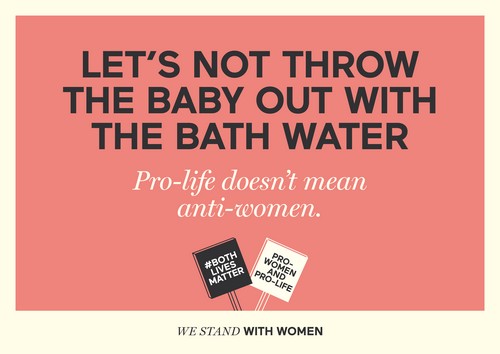 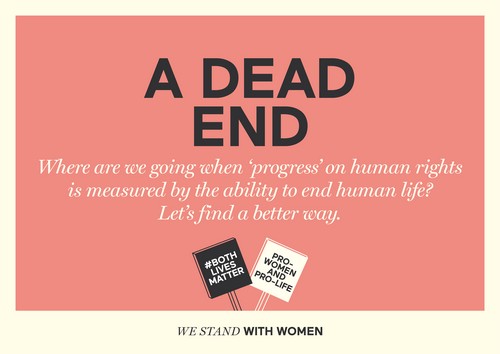 The world has changed since the introduction of The Abortion Act 1967. Many people at the time were convinced that legalising abortion was required to address the high rate of maternal deaths due to illegal abortions, the reality of this has since been contested. What cannot be disputed is that the last fifty years have seen the termination of nearly 9 million lives in Great Britain. In GB at least 90 per cent of Down’s diagnosed babies are aborted because a culture of termination has developed. Many point out that the wording of the 1967 Act would not be compliant with modern disability law. This is not progress.

When England, Wales and Scotland introduced that more permissive abortion law in 1967, politicians in the NI parliament voted not to do so. Northern Ireland was not backward and regressive because it aimed to protect all human life. Unknown to those politicians, that decision would directly impact over 100 thousand individuals, men and women who would not have been born if Great Britain’s abortion law had been extended to NI. Law saves lives and also creates culture.

That good news story of hundreds of thousands of people living and loving was not enough however to stem the tide of change. Between July 2019 and March 2020, laws that had offered safeguards and protections to women and unborn children in NI were swept away.

Popular culture has been absorbing pro-abortion myths for decades.

Rights for women cannot continue to be built upon the unborn. With the availability of affordable and high quality contraceptives and access to world leading healthcare, the time has now come to take stock and consider where pro-abortion laws and policies have brought us. That one in three women will have an abortion in their lifetime is nothing to celebrate. Women, children, families and society deserve better than abortion. that A world which continues to pit the rights of a woman against the rights of her unborn child is not advancing human rights. Women deserve better than this “choice” of abortion. Pregnancy isn’t one woman’s issue, it’s a societal issue and when society truly sees women as equal to men, it will affirm and enable their unique biology rather than regard it as the enemy to self-realisation.

We deserve better relationships and sex education, and world-leading healthcare including maternal healthcare. We deserve consistent pathways of care for every pregnancy and pregnancy crisis, including an Northern Ireland Executive commitment to perinatal hospice care. We deserve affordable flexible childcare, equal pay and government policies which are family proofed because families make for a stronger, more prosperous society.

Real choice means that women should never have to choose between their children and their relationships, their education or their career. If a woman feels she has no choice other than abortion that is not choice.

Sweeter even than to have the joy of children of my own has it been for me to help bring about a better state of things for mothers generally, so that their unborn little ones could not be willed away from them.

Abortions could be limited if States really endeavoured to really fulfill their socio-economic obligations, according to which “special protection should be accorded to mothers during a reasonable period before and after “childbirth” and that “the widest possible protection and assistance should be accorded to the family, which is the natural and fundamental group unity of society.